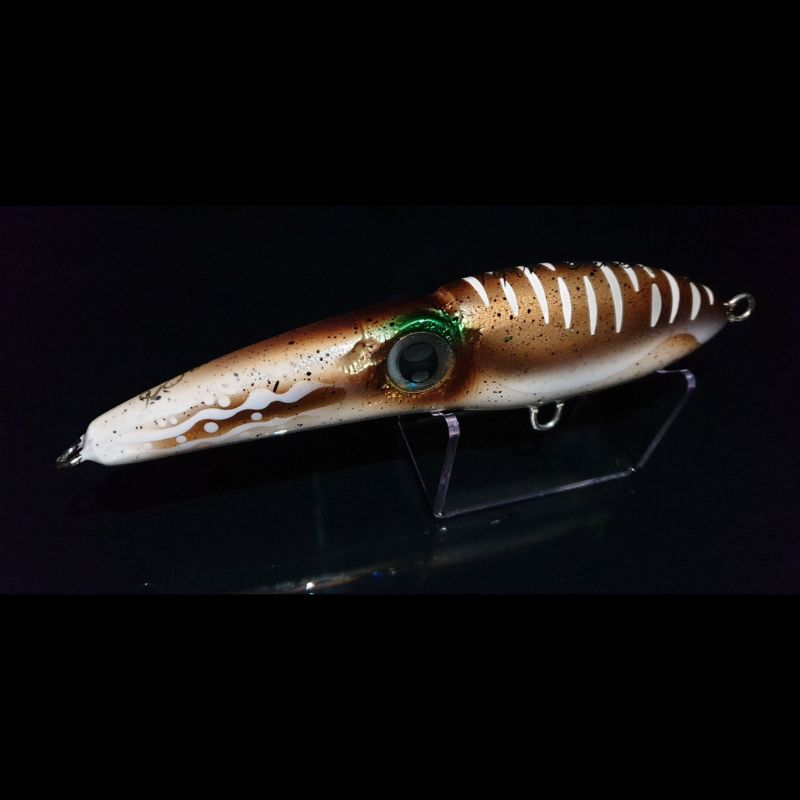 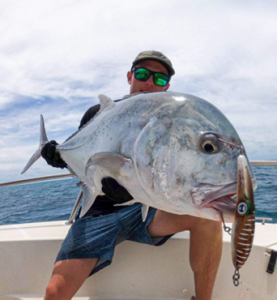 One of the newest addition’s to the Fifth Element sinking stickbait range is the X-trail and now it is available for a limited time in this special 3D custom colour called “squidalicious”. This amazing squid pattern has been produced from the commonly populated squid species found in large numbers around most water around Australia. It is no secret that most predatory fish absolutely regard squid as their number 1 desired food source and so this lure will certainly create some amazing attention on your next blue water trip when chasing fish species like GT’s, Kingfish, AJ’s, most reef species and so many more.

One of the newest addition’s to the Fifth Element sinking stickbait range is the X-trail. It is 175mm long and weighs about 100g. This amazing lures has been through one the most rigorous testing stages to get it to a perfection stage and so what we have now is a beautifully well balanced lure with loads of features that will prove deadly for a huge variety of species. This lure has an unbelievable action straight off the rod tip with straight wind and add in a sweep action and this lure will pulse and weave through the water like a fleeing bait fish. On the pause this lure horizontally falls and even has an irresistible wobble which is ideal when wanting to work this lure slow. The size of this lure will appeal to so many species from big impoundment barra’s in the fresh water right up to bluewater pelagics. We first tested X-trail on shallow reef flats and it was outstanding and we knew there was something special in the making. The paint finish is superb and super strong. One of the biggest and exciting things for 2018 the X-trail is sure to take many trophy species.

There are no reviews yet.